How can I use my own emoji?

To use your own emojis in a poll, add the emoji code for the emoji after the option when you create the poll.

Here are some examples of emojis and their corresponding emoji codes:

To use them in a poll, you would add the emoji code at the end of each option like this: 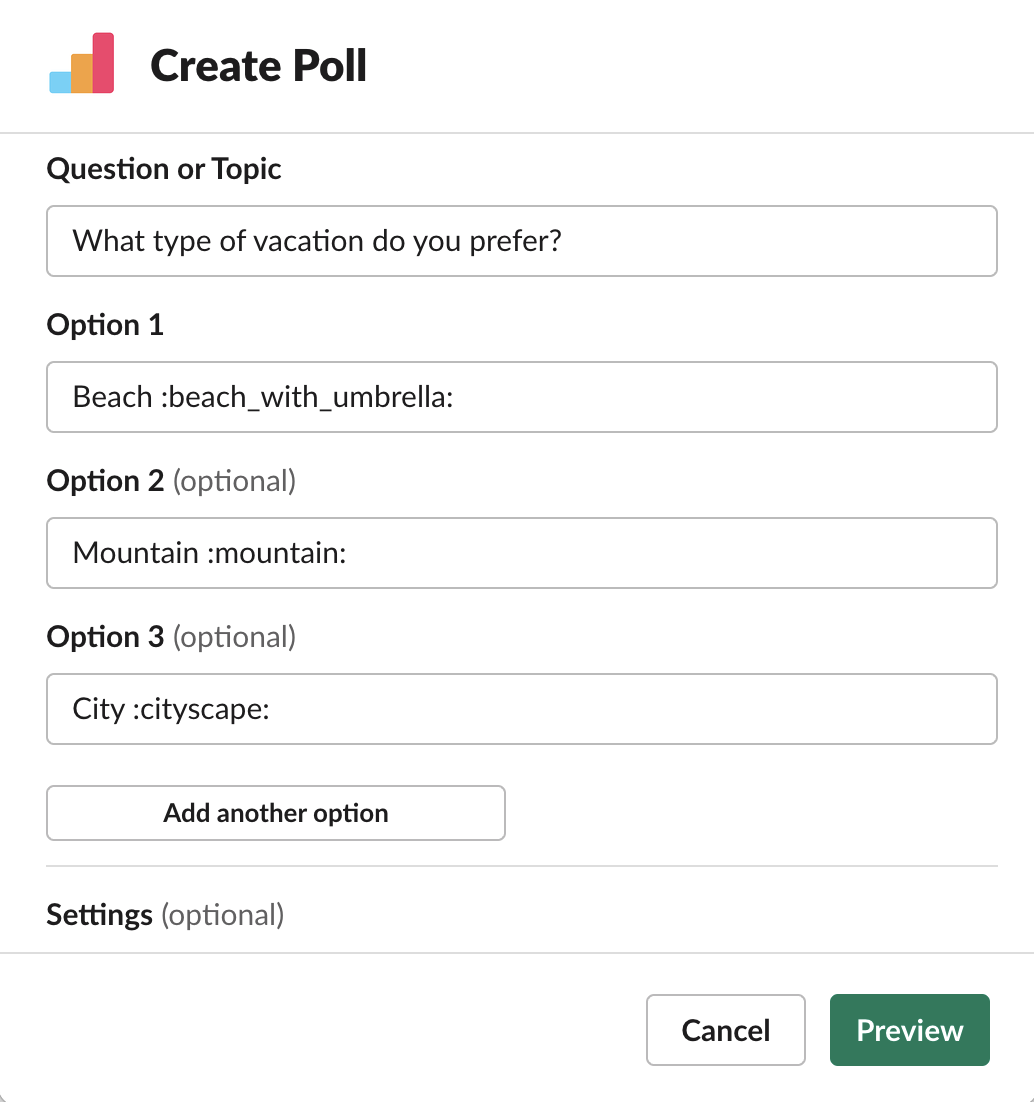 The example above would result in a poll that looks like this:

If you are creating a poll using the /poll command, you can add the emoji code after each option to achieve the same result:
`/poll "What type of vacation do you prefer?" "Beach" :beach_with_umbrella: "Mountain" :mountain: "City" :cityscape:`
Both approaches would result in a poll that looks the same.
Did this answer your question? Thanks for the feedback There was a problem submitting your feedback. Please try again later.
Last updated on August 16, 2022